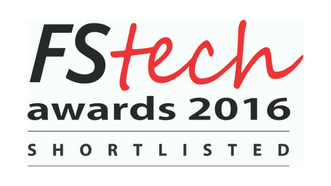 BSO Network Solutions (BSO), the global Ethernet network, cloud and hosting provider, has been named a finalist in this year’s FStech Awards. The company’s nomination for Technology Provider of the Year further validates BSO’s knowledge of delivering specialist intra-region connectivity to the international financial community.

“Few awards hold as much gravitas as FStech’s. We are delighted to be part of its shortlist. This third-party endorsement reflects our innovative approach, superior infrastructure and the market-leading connectivity we provide between the world’s most dynamic marketplaces. Last year was a breakout year for BSO and one underpinned by a single objective – providing a unique global network service that solves the pain points of our customers.”

One of the reasons behind BSO’s finalist status is the company’s expertise in enabling organisations to access key emerging markets, and in the process, utilise the lucrative investment opportunities prevalent in these fast growing regions. BSO’s experience in this area can be seen by the company’s network footprint which reaches every continent, spans 20 countries and connects to 70 data centre locations.

Key marketplaces include London, New York, Chicago, Russia and Europe, Dubai and the Middle East, and many of APAC’s key exchanges – Singapore, Tokyo, Shanghai, Hong Kong, Mumbai and Sydney. To support the company’s expansion, BSO continues to strengthen its teams in the US, UK and France. The company has recently bolstered its engineering, customer management, service-delivery and business development departments with a number of hires.

Now in their 16th year, winners of the FStech Awards will be announced on the 17th March 2016. Previous success stories include Lloyds Banking Group, Misys, VocaLink, Barclays, LV=, SWIFT and Bank of America Merrill Lynch.