Myth buster: the real costs of public and private cloud

The cloud, everybody talks about it and many firms have adopted it, but no one has the same definition and no two companies have the same infrastructure. 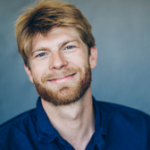 Confusing? Unsurprisingly there are many misconceptions and misunderstandings around the cloud which prevent managers from making the right decision for their business.

To get a clearer picture, our very own global systems & managed services director, Alexandre Legrix, answers some of the most pressing questions about the costs of public and private cloud.

Many people were skeptical in the early days of the cloud, do you think this is still the case?

Yes, I do. Interestingly, most skepticism is based on lack of clear information around the costs involved in private cloud and how this compares to the cost of public cloud.

Private cloud infrastructure is generally perceived as costly due to the consultative element and ongoing management costs. Despite public cloud seeming the far more cost-effective option on the surface, there are some hidden costs attached.

Despite public cloud seeming the far more cost-effective option on the surface, there are some hidden costs attached.

For example, there is a hidden charge attached to the cost of moving data traffic between the various physical and virtual machines used by the public cloud. Public cloud providers generally charge an additional 20% on top of the fees charged by the platform providers themselves.

Another hidden cost of public cloud is the background management and maintenance services, which are of course necessary for any type of cloud infrastructure.

Finally, the question of reversibility is key. When a firm migrates its infrastructure from one cloud to another or to an internal architecture, the costs involved are often underestimated.

Once all operational developments have been tailored specifically for a public cloud, the cost of migrating away from that can quickly become expensive! And that’s not even including the migration costs involved when transferring data to an external platform, which can also be high.

Rightly or wrongly, the more cost-effective public cloud is often associated with DevOps : is this a preconceived idea?

The cornerstone of DevOps is to improve communication between the teams in charge of development and those in charge of operating the infrastructure.

The other pillar of DevOps allows for better agility between development and deployment on the platforms.

Effective communication and the increased flexibility of new code deployment on platforms are generally easier in the private cloud than public cloud.

Effective communication and the increased flexibility of new code deployment on platforms are generally easier in the private cloud than public cloud.

Why? When working with a private cloud provider, the development and operations teams will work closely to determine the exact needs, challenges and business objectives for the client to ensure they get the best solution.

The result? More often than not, a firm will find themselves with a reduced server load resulting in significant cost savings, improved performance and ease of integration with new technologies.

DevOps is well-suited to a private cloud environment. It permits the Ops to accurately adapt the infrastructure to a customers’ specific and evolving needs, starting from the Dev. The costs therefore have to be more transparent, and they generally are.

How can you fairly compare the costs of public and private cloud solutions and which criteria should you use?

Before even going there, you have to ask yourself a couple of questions:

The decision to migrate some or all of your business processes to the cloud, whether public or private, isn’t one to be made just because it’s à la mode!

That being said, the criteria and indicators for comparison between public and private clouds fall into two main categories:

In conclusion, the actual costs billed to a firm are generally more transparent in the context of private cloud.

In conclusion, the actual costs billed to a firm are generally more transparent in the context of private cloud.

Beyond the costs themselves, another important aspect to consider is the structure of the company accounting.

Investment in private cloud can be classified as capital expenditure (Capex), redeemable over the course of several years, whilst the cost of public cloud would usually fall under operational expenses (Opex).

When conducting the final cost-benefit analysis between private and public cloud, the structure of the company’s balance sheet could be the crowning decider!

ARE YOU READY FOR THE CLOUD?