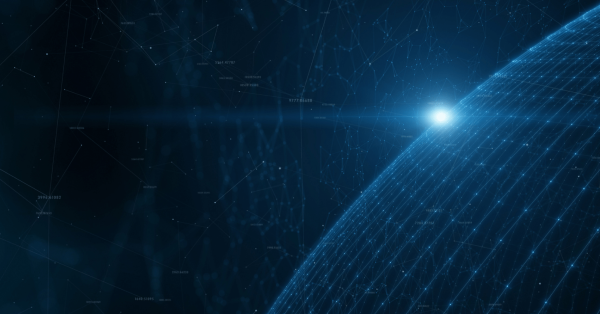 What is “Smart Data”, and what are the implications it has for financial markets and the electronic trading networks on which they operate?

More than 30 years ago, the computer scientist John Mashey gave a talk about something he called “big data”. The discussion has been credited as one of the earliest uses of the term. Mashey understood the implications that exponential growth in data had for computer systems. And he understood what that growth meant for wider society. The term has now become ubiquitous.

The concept of big data – regardless of the terminology used – has been a mainstay of financial markets for as long as they have operated. And as systems and networks have become more powerful and more sophisticated over time, firms have sought to collect, store and analyse ever-increasing amounts of data, in all its forms.

But this has led to challenges from a network perspective. Rising levels of data traffic can risk having a detrimental effect on performance. In low latency electronic trading networks, it’s not hard to see why.

Enter “smart data”. A relatively new buzzword, with major implications for markets and the networks on which they operate.

What is smart data?

In other words, it is the stuff of big data, but it can be used right away. A recent article in Forbes notes that financial services firms are now leading the way in the use of smart data.

As is the case with many buzzwords, people use the term  in a multitude of ways, which can generate some confusion. Some think of smart data as the results of big data analysis. Some describe it as data that can efficiently enhance consumer experiences. When the British government recently embarked on a consultation on the advent of smart data, it used the term in this latter way. Others recognise that both usages may be applied.

The consumer-oriented model illustrates the potential impact of smart data in financial markets. Think of how cookies can help suggest the next products that a consumer might want to buy. Smart data could help to identify suitable sales and trading ideas, based on data that has been flowing over the network. For instance, JP Morgan is now using smart data in its Fixed Income business to identify opportunities for its sales staff.

Similarly, smart data can impact electronic trading networks by reducing data traffic in critical areas. By automating trading decisions at the point of data collection, there is less need for interrogation of databases. This is an example of edge computing, where decision-making occurs at the edges of a network rather than the centre.

Furthermore, the network traffic issue becomes all the more important when one considers the way that market data is growing. Recent annual data shows global spending on data and information in the financial sector rose 7% to top $30 billion for the first time.

These examples show that the growth of smart data has profound implications. Particularly for network infrastructure in financial markets. This means that firms will need more sophisticated, more efficient, and smarter electronic trading networks.

For the use of smart data in electronic trading, these are early days. But there is every reason to believe that, as with the case of its predecessor, big data, it will become a key concept for trading firms large and small.

To realise the potential for smart data in trading, firms will need to think of much more than the AI and analytics tools that create and use it. They need to see that smart data and the network are inextricably linked.

Consequently, partnering with a forward-thinking network provider will help firms explore this potential.

Schedule your meeting today with our experts and find out more about how BSO can help your business here.