THE MIDDLE EAST FORTIFIES ITS POSITION AS A TRADING HUB

.What effect have global changes had on the region and its network connectivity?

Brexit, a new US presidency, MiFID II, Fintech. Much has been written about these issues and their disruptive effect on international finance, however when large scale changes occur new opportunities also emerge.

Our clients are acutely aware of this. Many trade all over the world and keep a watchful eye on emerging markets for growth.

One popular region is the Middle East. With its proximity to Asia, robust network connectivity to established markets and a conveyor belt of new financial opportunities, Dubai is the Middle East’s flagship trading venue.

In a new blog series from BSO, we plan to analyse how global change is affecting this burgeoning location and the consequences for the region’s connectivity and network infrastructure.

HOW IS THE MIDDLE EAST RESPONDING?

Unless you’ve avoided the news for the last twelve months, two significant international events have been the UK’s vote to leave the European Union and President Trump. These have had a major impact on global markets, especially in the Middle East. 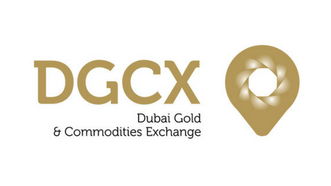 When changes occur in Europe and North America, we often look at how DGCX, Dubai Gold and Commodities Exchange, is faring.

Just this month, the exchange released its latest trading update and directly attributed its recent growth to a cocktail of global events, including impending European elections, political bills being debated in the US and Brexit.

The figures certainly speak for themselves. Aggregated contracts worth USD $33.5bn were exchanged in what DGCX aptly called “brisk trading.” On the 27th March, two days before the UK Prime Minister formally started the Brexit process, there was a high of 143,312 contracts traded.

Year-on-year growth was substantially higher in DGCX’s G6 currency portfolio as well. Pound Sterling contracts grew 157%, Japanese Yen 369%, and there was 188% growth in Canadian Dollar trades. This trend was matched by DGCX’s highest profile currency, the Indian Rupee, which saw trades increase of 68% compared to the same period last year

DISCOVER THE LOWEST LATENCIES INTO DGCXElsewhere in the region, there has also been a rise in alternative investments and specialist trading products, all of which require rock-solid connectivity if they are to attract international traders.

It sounds niche, but the DKI Sling (Dubai, Kuwait and India) offers accurate pricing from key shipping ports in the three countries and another option for those searching for growth options.

In fact, a collective drive for innovation is one reason behind the Middle East’s continued success. Local exchanges have put technology at the heart of their operations and invested heavily in global connectivity and market data products.

Dubai’s resiliency can be compared to London, and parallels between the two cities can be drawn in this article about London’s attractiveness as a financial hub.

WHAT ARE THE EFFECTS ON TRADING INFRASTRUCTURE IN THE MIDDLE EAST?

To understand the implications for network connectivity, it’s important to look at one underlying factor – network performance.

The forces previously mentioned (politics, currency fluctuations) have driven international traders to locations such as the Middle East, but only because the country’s connectivity has enabled this growth.

The result of this strategy can be seen in Middle Eastern data centres, network routes to and from the country, and with the data services that provide market access anywhere in the world. A lot of improvements have been made in recent years.

As the Middle Eastern markets are evolving, make sure you stay informed with the latest updates here:

WHAT SHOULD YOU BE AWARE OF IN TERMS OF NETWORK MANAGEMENT?

The other factor influencing trading infrastructure and network management is regulation.

Many global financial firms have been grappling with MiFID II and its 2018 deadline. Some of the regulation’s requirements rest on an organisation having an easily manageable network, as we explain in this analysis of US market regulation and in our blog on how Israeli companies are responding to similar challenges in network management.

One positive outcome of this agreement is it could prompt growth in Middle Eastern clearing services. This usually leads to improvements in network connectivity because clearing houses become mini network hubs.

Clients connect directly with the clearing house for services, while at the same time use the location as a stepping stone to other parts of the world.

That said, this does make networks more difficult to manage for IT departments that are tasked with connecting to clearing houses, and for IT staff within the clearing houses themselves, if they deal with a large proportion of international .

It is important that Middle Eastern clearing houses are mindful of their role in helping to maintain the region’s competitiveness as a trading hub, especially when exchanges like DGCX are in favour of this outcome: “We believe SCA’s partnership with ESMA will greatly enhance the UAE’s attractiveness and strengthen the country’s position as a regional trading and clearing hub.”

Time will reveal whether the UAE’s position does indeed strengthen.

One final point, when certainty is in short supply, it can be challenging to know where to allocate network resources amidst all this global change. We are always here to help and one thing you can be sure of – when developments occur in the region, you’ll hear about their effect on connectivity here.

Stay tuned for our next update soon.

My journey as a woman in tech: a look at the career path of 4 women from BSO