In this year, the Shanghai Municipal Government released its 14th Five-Year Plan for Developing an International Financial Center (the 14th FYP), which contained numerous policy measures designed to liberalise and open up Shanghai’s financial markets to foreign investors, and to incentivise the growth of its local financial industry. We explore Shanghai's growth, its position as a global capital markets centre and how BSO is empowering traders to Chinese markets with low latency connectivity and route upgrades.

Shanghai is already a major financial centre. The Shanghai Stock Exchange (SSE) was ranked the third-largest financial centre in the world at the end of 2020, in terms of total market capitalisation, and number one for the number of initial public offerings (IPOs). Additionally, the Shanghai Gold Exchange (SGE) has become the world’s largest physical gold exchange less than 20 years after launching, and the Shanghai Futures Exchange (SHFE) list contracts that have become commonly traded against both the Chicago Mercantile Exchange (CME) and the London Metals Exchange (LME), offering a range of hedging and arbitrage opportunities.

All of these venues are set to benefit from the city’s plans to liberalise its markets and to strengthen its position as a global capital markets centre, and international financial centre across all asset classes.

Earlier this year, in anticipation of Shanghai’s predicted growth, and with the increasing interest we’re seeing in Shanghai from financial markets participants around the world, BSO upgraded its main routes between Shanghai and key financial hubs in London, Hong Kong, Tokyo and Chicago. With this upgrade, BSO now delivers the fastest connectivity available to Shanghai’s equities and futures markets and strengthens its already well-established position in Asia.

Accessing Shanghai - and other Chinese markets - can be an expensive, complicated and time-consuming proposition for international firms, particularly those whose trading strategies are dependent upon low-latency connectivity.

Developing a truly reliable low-latency route into China can present a major technical challenge, in terms of the design, the architecture, the build and the deployment. BSO has addressed these challenges by working closely with our partners in Shanghai to build the most robust technology for low-latency connectivity between Shanghai-London, Shanghai-Tokyo and Shanghai-Hong Kong, and augmenting our existing routes between Shanghai-Chicago. With these upgrades, our customers can now trade between key global financial centres and what is becoming one of the world’s highest-growth regions, even more competitively.

Initiatives such as this are core to BSO’s service-led approach. We recognise that even though Shanghai is a significant market in its own right, it’s still somewhat nascent in terms of international access. That’s why we have been building these long-term, sustainable, high-availability routes, with the most compelling RTDs (round-trip delays) available.

Not only have we been making significant investments in the region, but we will also continue to invest over the long term. We want to ensure that our customers can capitalise on the opportunities that continue to arise in Shanghai financial markets, as the region cements its position as a global capital markets centre, and that they can do so with the best possible service.

Learn more about BSO’s unrivalled connectivity to Chinese markets and check out our network map. Or head to our BSO Ultra page to discover how we achieve the lowest achievable latencies between global financial markets. 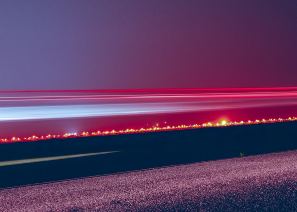 Discover how we achieve the lowest achievable latencies between global financial markets.